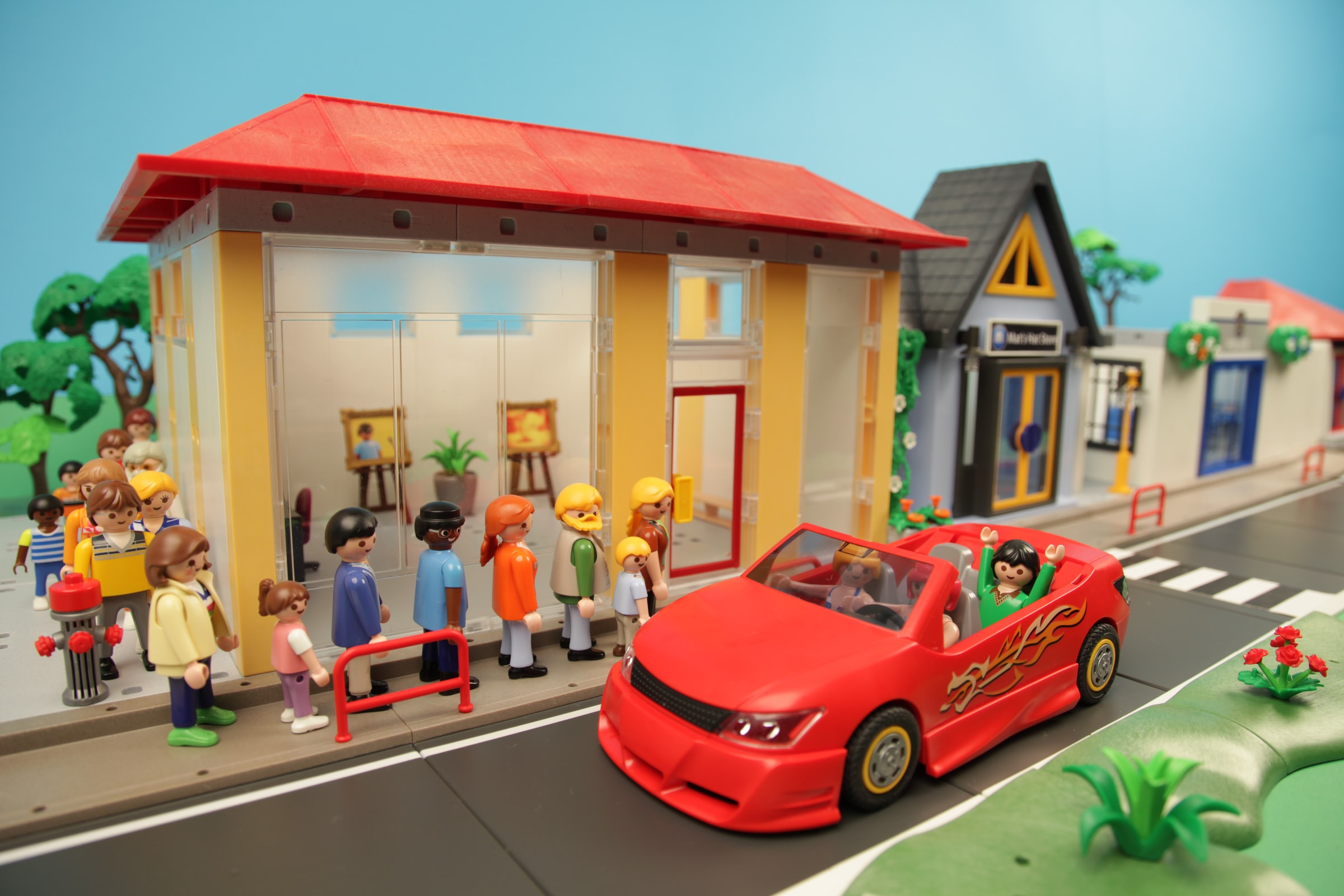 Parents know how difficult it can be to get your school-aged child ready for school. From the moment the alarm rings and the birds begin chirping, the house resembles a Nascar pit stop: It’s “Get your shoes on!” “Hurry and finish breakfast!” “Did you brush your teeth?” “Pleeeease go back and brush your hair!” The radio is saying there’s an accident on the way to school… somewhere..., and the last thing parents have time to do once everyone is seatbelted in the car is figure out which route to take to pick up Charlie, Ben, and Williamina. When it’s your turn for carpool and you don’t prepare, you are pretty much the bad parent, and you’re going to be late for school.

But parents can breathe better now. They can have another cup of coffee before leaving the house. The problem of chaotic commuting with kids is no longer a complete hassle due to advances in technology. Leave it to parents to find the most efficient way to do everything at once.

Leading route optimization apps like Straightaway have become a parent’s best friend while social media carpool methods have become the class ‘mom’ level-organizer. More people are getting back into carpooling now that it’s so darn easy, and the community is growing with all the sharing and caring. It’s no longer a question of Should we Carpool? It’s more a question of How could you not carpool?
‍

How Could You Not Carpool?

Carpooling, which basically means sharing a ride with other parents’ children who share a similar commute, is different from ride-sharing, which is hiring a driver like Uber or Lyft to take the kids to your destination. Carpooling is more of a suburban thing, and ride-sharing is more urban, yet as more urban folks are moving to suburbia, the usual ride-share to school is merging into the classic carpool scenario.

It’s an environmental choice for some, as carpooling reduces the number of vehicles on the road, reducing gas costs, commute time (especially when using carpool lanes), and stress. According to a report from the World Resources Institute, transportation accounts for nearly 14 percent of greenhouse gas emissions, and that’s a lesson parents can teach the kids on the commute to school.

Carpooling makes so much sense, especially when you need to get your child or multiple children to school, yet some families still won’t carpool. The transportation industry wanted to know why. Science Direct published a study investigating why more people, including parents, weren’t carpooling. They found the two biggest reasons people felt reluctant to carpool were lack of trust of other carpoolers and high commute cost. Yet, these obstacles could be easily remedied. Researchers found that people warmed up to carpooling once they made use of the latest social networks and route optimization programs at their disposal.

Since innovation has arrived, carpooling has a chance to make a comeback.

The latest study on forming carpools says monthly active users of Facebook, WeChat, and Twitter have sprouted up to 2.2 billion, 963 million, and 330 million respectively, making it so much easier to form school carpool groups.

We have more resources in 2021. Just a quick search on Facebook and other social media sites and you will find the Waze Carpool Community, groups like “Boston Carpoolers” and countless other regional carpool hubs. There are smaller apps and websites like Merge, Casual Carpool, and Scoop, designed specifically for what you need in a carpool, by region and mode of transportation: whether it’s sharing a ride for a single trip to the science fair, a casual carpool organized for after school activities and fun, or a more get-you-to school-based carpool commute. You can also try a carpool management app such as Carpool Kids to create a group driving schedule and organize communication with other parents, and those apps will keep everyone’s contact information in one place.

In the old days, if you wanted to set up a school carpool, you had to talk to other parents at soccer games or parent awards ceremonies, or wherever, and when you found someone near your block, you had to hope Johnny’s parents weren’t Looney-Tunes. Nowadays parents can look them up on social media. When they learn a little more about their likes and dislikes, they are more apt to find a parent they can trust before they meet them. Technology has advanced, but one thing that hasn't changed is picking a point person. That person is the one who everyone checks in with at the beginning of each week to confirm schedules and make changes.

Carpool matching service designs weren’t all that great in the past, but the changes have been revolutionary to the art of transportation sharing. By using a social network and route planning network, Science Direct found people’s trust has improved significantly. Though they had to take a small loss in route optimization cost (about six-point-three percent), they found it much more manageable and convenient to carpool.

It’s Good for You

Carpooling may save you time, effort, and gas as technology improves the organizational system, but it also gives parents more time for themselves. Parents are always complaining about never having time in the morning to get ready for work, read the paper, or catch up on emails. When you don’t have to do the pick up, you don’t have to leave work and you don’t have to stop what you’re doing to be at the school by the bell. On the days you don’t have to drive the carpool, it’s all yours. The whole family will enjoy a parent with less stress in their lives, and that is a proven fact!

But your kids benefit too. Children will have a special time in the morning to ‘hang out’ with their friends. The pandemic has left many kids and adolescents with less social time, and their social skills could use some honing. Think of their school commute as a great opportunity to work on those important social skills. A study in the American Journal of Public Health, suggests that young children, and especially kindergarteners, who are more inclined to exhibit ‘social competence’ traits—such sharing, cooperating, or helping other kids—may be more likely to attain higher education and well-paying jobs. So perhaps that little trip from here to there has more of an impact than parents think!
‍

So we know carpooling is good for both parents and children, and social media has made it easy-peazy, lemon-squeezy to organize, but isn't it going to be a mega-headache to manage the routes—with all these parent drivers and all the homes located all over the city? What if there’s an accident and you’re the one stuck with four preschoolers and Baby Shark on repeat? What if you make everyone late for school? It would be a huge problem back in the old days to navigate all these obstacles, but luckily, you don’t have to anymore. The apps for route optimization, or getting you from point A, to B, to eventually E, have become so easy, it’s silly. Having the right route optimization software makes the carpool experience seamless and efficient. That’s why parent carpoolers are signing up for route optimization apps like Straightaway like it’s a free neck massage.

Parents have figured out that the Straightaway system, designed by couriers and utilized by large companies such as Amazon and UPS, works for school carpools too. And it’s transforming the family commute!

When it’s your day for carpooling the kiddos, instead of having to enter all your stops manually, Straightaway makes it easy to plan. Simply add stops by snapping a photo of your little people address list or spreadsheet on your phone. In a matter of seconds, Straightaway’s advanced optimization algorithm analyzes traffic patterns, road conditions, weather issues, construction, and more than 130 data sources to make sure they determine the best route for your carpool. It’s smooth sailing, and completely user-friendly.

Plus, it’s hands-free, making it the safest route navigation program on the market. Carpooling works best when the driver is not distracted. Parents have enough to deal with, with paper airplanes flying about the car cabin, and abrupt squeals from pre-teen girls, creating shock waves over the car console. Straightaway’s hands-free navigation takes parents turn-by-turn— always finding the fastest route, so no one in the carpool is late for first period.

The app is so easy to follow, even grandpa can do it. Drivers can see everything from a bird’s-eye view. That way, you know where you are and where you need to go next without having to toggle between GPS and navigation. It’s almost like it was designed by a multitasking mom!
‍

Oh no, not another fee, though. You just spent all your money on back-to-school clothes. No worries. The Starter package is free, and no credit card is required for sign up. Your carpool can make up to 25 stops, so if you need to get hot cocoa at Starbucks, or break for donuts—it’s doable. Plus you will win the title of “The Cool Parent.”

Straightaways offers Personal plans for $9.99 per month or $7.99 per month for one year for those interested in more than just carpooling. The personal plan allows the driver to enter up to 250 stops and unlimited routes, so if you have much more going on besides carting kids around, you may want to consider Straightaway for your work commute. You can call the customer service rep if you’d like to hear about Custom plans available for teams who may want premium services with their route optimization.
‍

Parents Are Using Their Resources

It’s so much easier than ever to make school carpools happen. Parents are so much less frantic, as they catch on to the technology that simplifies life rather than making it more hectic. Get those kids to school with Straightaway! It’s good for you to have extra time. It’s good for kids to have the carpool moments to practice their social skills, and you’re being good to your wallet and the planet. Remember, sharing is caring, so get Straightaway and make it happen