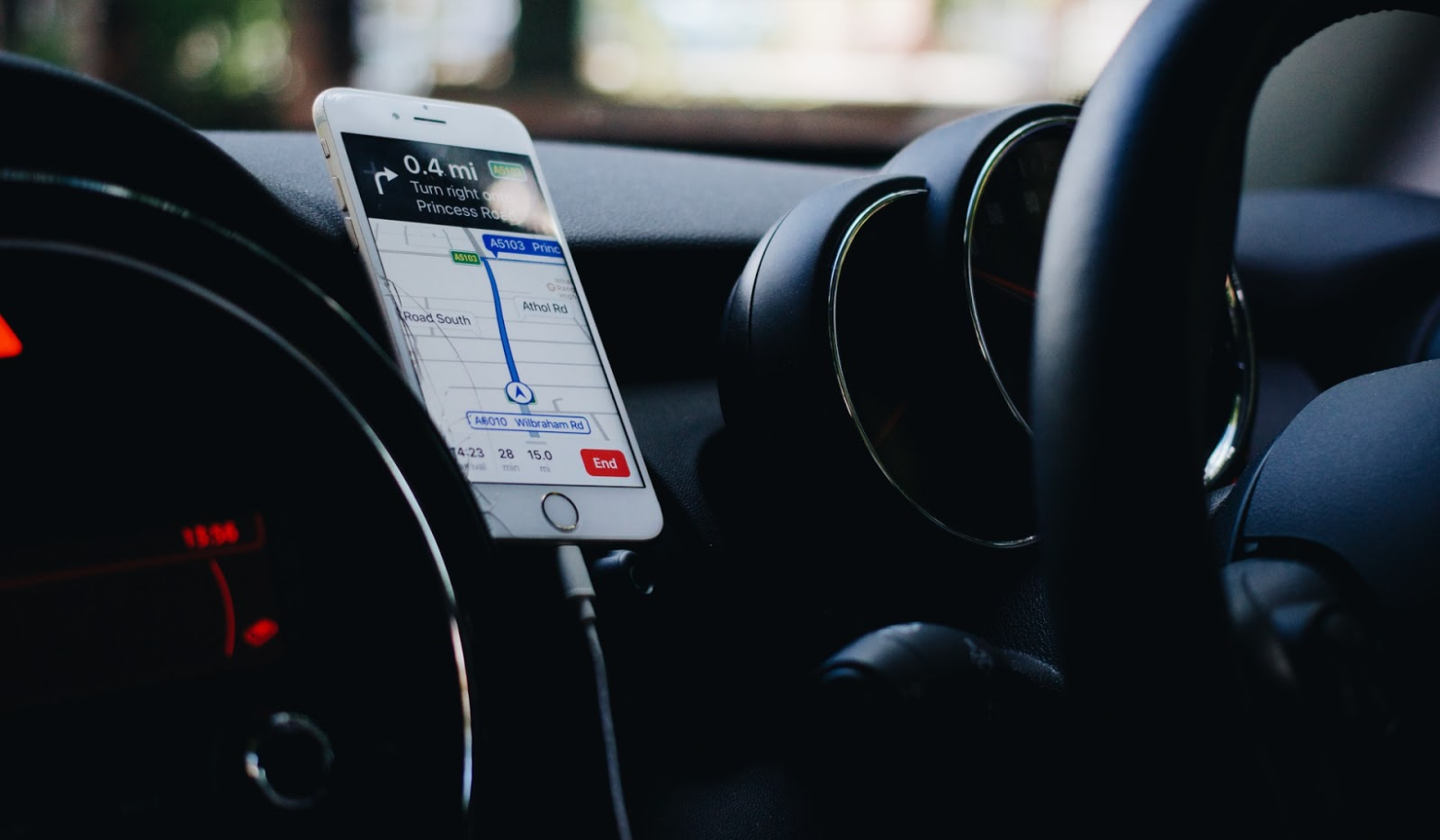 The iPhone is one of the most popular smartphones on the market. For many package delivery drivers, the iPhone is their main device for navigating and executing a delivery route. Most regular iPhone users already access navigation apps such as the built-in Apple Maps or popular third-party apps like Google Maps or Waze.

While those apps are great for individual road trips with maybe one or two stops along the way, they are not built to organize delivery routes containing hundreds of stops. When a manifest contains multiple pages of addresses to organize, Google Maps, Waze and Apple Maps simply aren’t cut out for the job. The maximum amount of stops that can be input on a route are low, and there are few (if any) real-time optimization features that monitor route factors such as road conditions and traffic congestion patterns.

Whether you are an independent gig contractor, a small business delivery driver, or a package courier for a major corporate carrier, you know these limitations are detrimental to your time and resources. You need a reliable app that can adapt to your delivery routes in real-time to save you time, money, and mileage on your vehicles. To maximize your efficiency and your earnings, it is beneficial to utilize a true delivery route planner app.
‍

How Can I Optimize Multiple Stops Using A Route Planner on my iPhone?

A route planner app is a necessity for delivery drivers who have multiple stops on a route. While everyday motorists can utilize popular navigation apps like Google Maps, Apple Maps, and Waze to get around town or for short road trips, these apps are not built for couriers. Straightaway is the route optimization app delivery drivers trust most. Couriers need an app that can optimize hundreds of stops in seconds, as well as monitor and update the route based on changes in traffic and weather conditions. We’ll show you how Straightaway optimizes the most efficient route with multiple stops on your iPhone to save you time and money.
‍

Google Maps is one of the most popular navigation apps in the market, and many iPhone owners use it more than the built-in Apple Maps app. Although the app is suitable for trips with minimal stops, it is not able to calculate trips for routes with dozens or hundreds of stops.

Google Maps only allows for ten stops to be entered for a given route. If you are planning a route that concludes from where you started (say the truck warehouse for a carrier), the actual maximum is only nine stops. For some drivers with very limited schedules, this may be enough. But for many others, a ten stop limit is nowhere near enough to field the hundreds of addresses on a shipping manifest.

Here’s how Google Maps would work for a delivery driver. The driver would have to manually enter 10 separate addresses into the Google maps app. To do this, the driver opens the app, taps on the “Directions” button, and enters a final destination. The driver then has to manually open the settings menu (tap the three-dots) in the upper right hand corner and “add a stop” nine additional times.

After visiting the tenth stop, the driver would clear the app and create ten more additional stops by hand. Not only is this time consuming and impractical for a delivery driver on a tight schedule, but the route itself is not optimized. Google Maps will organize your delivery route in the order the addresses were added. The app does not optimize the route to place the stops in an efficient order. This might not be an issue for drivers who are highly familiar with their neighborhoods. But for new drivers who do not know all the ins and outs of their territory, the lack of an optimized route could lead to a longer-than-necessary route, wasting precious fuel and time.

Apple Maps was built for iPhone users to get from point A to point B. And that’s about it. The only additional stop allowed in an Apple Maps route is the “Pit Stop.” A “Pit Stop'' is essentially a stop to take a break from driving. For example, if you are on a long road trip and need to stop at a gas station or a diner for some coffee, a “Pit Stop” can be added to your route.

To add a “Pit Stop” in Apple Maps, simply swipe up from the bottom of the screen to pull up the route card. There you will see a button list including gas stations, coffee, and either breakfast, lunch, or dinner depending on the time of the day.

Note you cannot change the categories offered nor can you search for stops not listed in the predefined categories. Once the category is chosen, a list of businesses in the category will appear. Select the “GO” button next to the place you would like to stop at, and Apple Maps adds the stop to your route. That’s it. No other stops can be added.

With only one additional “Pit Stop” being allowed on your route, Apple Maps is clearly not built for delivery drivers. Unless a courier only has one client to visit, this app is not suitable for the needs of couriers.
‍

Waze is very similar to Apple Maps as it also allows for just one additional stop.

Adding that one stop is also very similar to Apple Maps, with one notable exception. After initiating your main route, simply tap the blue oval with white arrow pointing downward. Swipe up to select the “Add a stop” button.

Here is where Waze outperforms Apple Maps: rather than choosing from a predefined list of stops based on categories, Waze allows you to manually search for an address. This offers for more flexibility in routing your additional stop. Once a new stop is selected, Waze will calculate your new route with the added stop included.

Though Waze allows for more customization in selecting one additional stop for your delivery route, like Apple Maps, the app simply does not meet the needs of last-mile drivers.
‍

Unlike the navigation apps designed for the individual driver, Straightaway Route Planner is built with delivery service in mind. Many of its features are designed to organize the driver’s entire route for the day within seconds and provide active updates as the route progresses.

Straightaway is easy and takes very little time to use. By utilizing the iPhone’s built-in camera and its optical character recognition (OCR) software, drivers simply snap a photograph of the assigned manifest and Straightaway automatically organizes the addresses into the most efficient route possible within seconds.

Once you snap a photo, Straightaway’s algorithms calculate the fastest route available, accounting for real-time traffic data, road conditions, detours, and any other factors impacting the delivery schedule. This data is updated throughout the day, so if roads close or experience traffic issues after the route has been set, Straightaway simply re-calculates the route to keep drivers on an efficient schedule. The software can also detect faulty addresses on the manifest, flagging outliers for drivers to manually edit with the correct address.

Here’s how the outlier detection works. Let’s say a driver is handling a route calling for fifty stops in New York City. The driver takes a photo of the shipping manifest, which contains forty-eight addresses in NY and two in Philadelphia. Straightaway’s algorithms will flag the two outlying addresses and make the errors known to the driver. The driver can then swipe to edit the two addresses manually, and Straightaway will re-optimize the route to account for the two corrected stops that have now been added to the drive.
‍
User-friendly Features

In addition to its powerful algorithms, Straightaway is also user-friendly. New drivers can set their own preferences in the app, toggling on and off options for routes like avoiding toll roads,  highways, or busy intersections during peak traffic hours. There is also a to-do list that drivers can use to check off deliveries as they are completed. This provides drivers with a satisfying way to track with their route progress while Straightaway calculates their progress and saves the data to improve its route logic for future routes.
‍

When drivers need to map multi-stop routes on their iPhone, Straightaway is the clear choice to get the job done. Google Maps only works for drivers delivering to ten locations or less, requires manual entry of addresses, and does not optimize the route for efficiency. Apple Maps and Waze are even less helpful to drivers, as they do not map more than two stops on a route.

Straightaway Route Planner is the best route optimization software currently in the delivery service industry. Its robust feature set and user-friendly design has made Straightaway the #1 route planner app for iPhone users across FedEx, UPS, and USPS.

Use what the pros use. Get Straightaway.