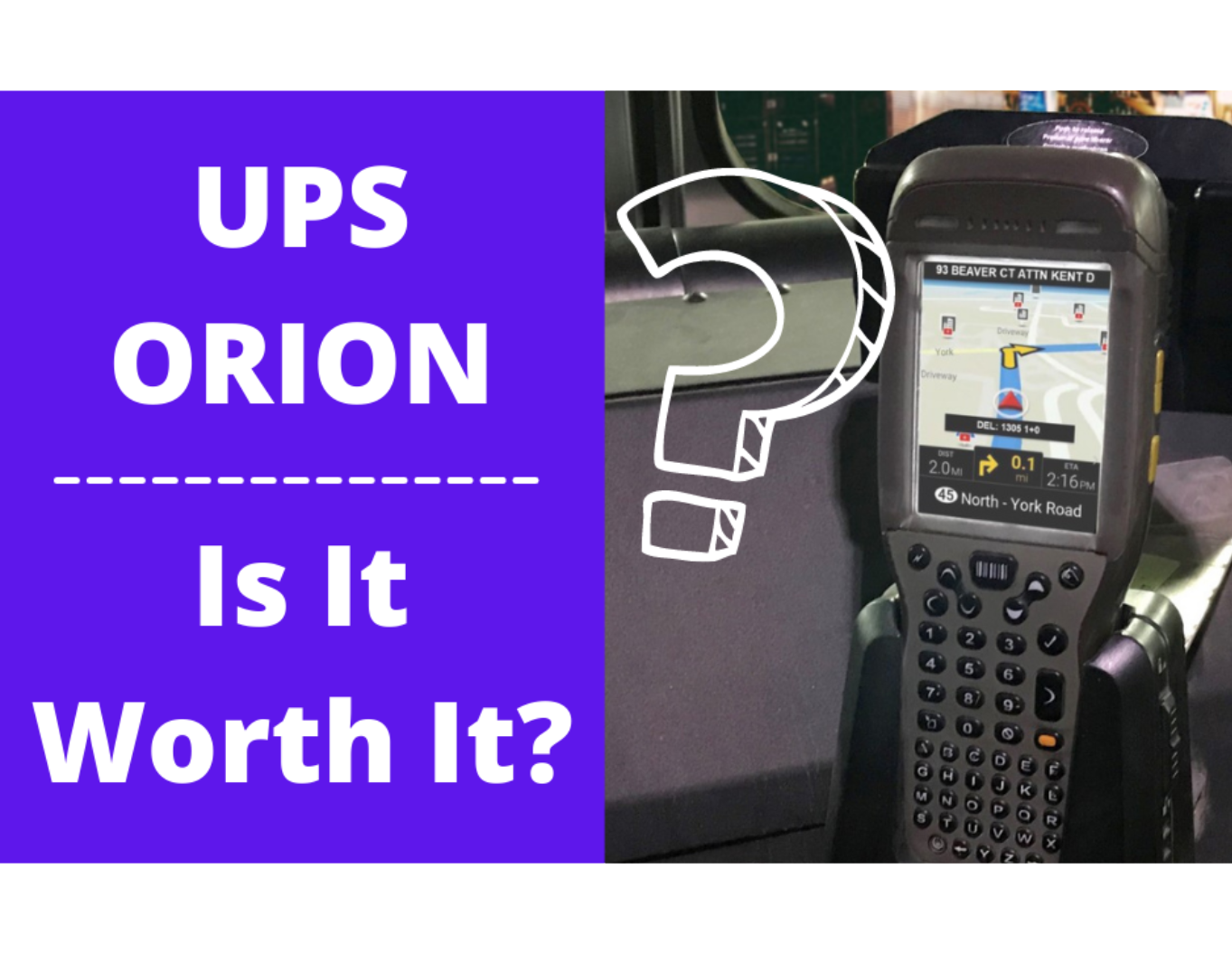 For UPS to stay competitive and keep up with demand, the company built ORION for drivers to navigate long manifests quickly. While the software has made a lot of promises, it may not be keeping up with them, causing drivers to assume the brunt of the delivery burden. There may be hope in rival optimization software.
‍

Where Did ORION Come From? UPS’s Original Goal

ORION, the route optimization software for UPS drivers, began as a prototype in 2012. It was designed to transform the UPS driver’s workflow, impacting every part of the driver’s day. In 2013, the software officially launched at six beta sites, with slow deployment across UPS sites nationwide to serve the company’s 55,000 drivers. Here are the goals ORION was built to accomplish:
‍

According to UPS’ company blog, ORION has been successful in some regard, saving the company hundreds of millions just last year. But has ORION benefitted drivers nearly as much?
‍

The Dark Side of UPS’s ORION

From the start, UPS ORION has underwhelmed drivers. From the earliest launch, drivers experienced a myriad of difficulties, causing them pain and headache on their daily routes.

Back in 2013 ORION would overbook drivers, allowing no time for meals, breaks, even gas. Sometimes, ORION instructed drivers to make illegal, or even impossible, turns on highways. Though many were frustrated, drivers continued to support the system and remain patient. Sadly, things have only gotten worse.

Released in March 2021, ORION 3.0 has been nothing short of a nightmare. UPS centers everywhere couldn’t get the app to work. Drivers across the nation reported a return to the “Stone Age,” pulling out maps and trying to navigate their manifests with no help at all.

The irony of the situation? Drivers actually enjoyed the day, because it meant a day without using the ORION software.

Drivers who had been in the UPS since before ORION even beat the system’s usual estimates. Across UPS blogs, drivers celebrated their first great day in years. Finally UPS drivers were saving time, miles, and money.

Drivers shouldn’t have to deal with such buggy software. While ORION saves UPS money on the whole, it fails drivers everyday. Worse yet, it’s clear that despite these complaints and issues, the ORION team is slow to implement fixes and make drivers’ lives better. When drivers feel negatively about their work, it’s only a matter of time before customers realize something’s wrong. Once the customer feels the frustrations, their loyalty to the brand may change, costing the UPS the growth they’ve worked to build.

For those feeling frustrated and tired of ORION, you might ask what other options exist? Is it even worth waiting for ORION to improve?
‍

What Can UPS Drivers Do

For UPS drivers reaching their limit, there’s two options: stay or move on.

If you are considering staying, remember that after 8 years, ORION is still as buggy as when it began, if not worse. Thousands have tried to give feedback in earnest, but only lost time, money, and patience.

Or, you can move on.

Luckily, the market for route optimization software is growing every day, allowing drivers several options for change. We know that looking for new software can feel overwhelming, so we did a comparison for you.

Straightaway, one of the biggest leaders in the marketplace today, is built from the ground-up for delivery drivers. This app has features to help every UPS driver succeed:
‍

One of the best parts of Straightaway? Frequent updates. Straightaway cares a lot about what drivers need, and constantly improves the app to make routing faster and more effective.
‍

For UPS drivers across the country, it is clear that ORION isn’t stacking up anymore. Instead of reducing barriers and enabling drivers to succeed, it’s become one of the biggest hurdles that UPS drivers face day-to-day.

Instead of relying on UPS to improve ORION, drivers should move forward and drop the burdens of the faulty software. Every day on the job should fly by. Every UPS driver deserves to save time, money, gasoline, and truly serve their customers. It’s time for UPS drivers to have the best technology available. It’s time to download Straightaway.

In the past year, UPS has experienced unparalleled growth. While it seems due to the COVID-19 pandemic, that may not be the case. With new initiatives like the Digital Access Program, which gives small businesses insight and analytics into fulfillment and order management, UPS has shown that it can succeed in unfamiliar territory. This wide variety of business options translates to hefty delivery loads, which becomes a challenging problem for every UPS driver.